FLU SEASON IS UPON US 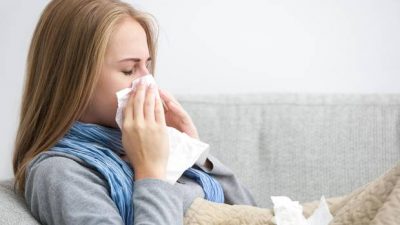 EVERYTHING YOU NEED TO KNOW ABOUT THIS YEAR’S FLU SEASON

Canada is in the midst of a challenging flu season: cases are spiking across the country, particularly among the elderly and in long-term care facilities, and experts predict a surge in infections in the coming weeks.

Why is this season shaping up to be so rough? And what should Canadians be doing to protect themselves?

“The flu” refers to a range of influenza A and B viruses that typically circulate in North America from early November to April. People can contract the virus if they are in close proximity to an infected person or if they touch a surface contaminated with virus particles. Most cases are never confirmed in a laboratory and symptoms may be difficult to distinguish from a nasty cold. But the Public Health Agency of Canada says there are a few telltale signs you may be suffering from the flu rather than a cold, such as a fever, headache, severe aches and pains and extreme fatigue. People who are young, old, suffer chronic health conditions, are pregnant, live in nursing homes or are aboriginal are among those at highest risk of developing complications from the flu. During the week of Dec. 11 to 17 (the most recent data available), there were 692 lab-confirmed flu cases in Canada and 18 reported outbreaks, mainly in long-term care homes.

Each year, the dominant viruses in circulation change – and so must the influenza vaccine.

Around February each year, the World Health Organization issues recommendations on which flu viruses are most likely to be in circulation and should therefore be protected against in that year’s vaccine. In the current flu season, the vaccine protects against two influenza A strains, H1N1 and H3N2 and a B strain (Brisbane/60/2008-like virus). The vaccine contains inactivated versions of the circulating viruses, which help the body create antibodies that will be ready in the event the body has to fight off the real thing. Infectious disease experts report that H3N2 is causing the lion’s share of flu infections across the country. It’s known to be a nasty virus linked to an increase in hospitalizations and deaths. To make matters worse, it’s also notoriously difficult for vaccine makers to produce a shot that offers a high level of protection against H3N2.

Flu viruses are constantly mutating and changing, meaning that it’s virtually impossible to make a vaccine that is a perfect match for the circulating strain, said Danuta Skowronski, epidemiology lead for influenza and emerging respiratory pathogens at the B.C. Centre for Disease Control. Dr. Skowronski used colours as an analogy to explain the challenge public health officials face: Imagine the H3N2 virus is the colour orange. A vaccine containing an inactivated version of the virus might be a lighter shade of the same colour. Perfectly matching the two is extraordinarily challenging.

That helps explain why the flu shot isn’t 100-per-cent effective. In the case of H3N2, Dr. Skowronski said she’d be happy if the vaccine turns out to be 40- to 50-per-cent effective. Compare that with two years ago, when the H3N2 vaccine offered less than 10-per-cent protection from the virus. During years when H1N1 is the dominant virus in circulation, effectiveness rates tend to be higher because officials are better able to match the vaccine to the virus. Data on effectiveness rates for this year are currently being collected and should be available in the coming weeks.

Given the flaws and the fact I’m a healthy adult, why should I get a flu shot?

The flu vaccine is by far the best means available to protect against the flu. As more people get vaccinated, the chances of them contracting the virus and passing it onto others, particularly those who might be vulnerable to the flu, decreases. This is a particularly important message for anyone who will be in contact with higher-risk individuals.

The flu shot gave me the flu, so I don’t want to get it again.

No, it didn’t. It’s not possible for the flu shot to cause the flu because it uses an inactive form of the virus. It is still possible to get sick with a cold or flu after getting a shot. The flu shot isn’t always effective and there are a number of respiratory viruses circulating this time of year.

Conspiracy theories and scare-mongering messages linked to the flu and other routine vaccinations continue to be commonplace, despite the fact they have all been debunked by leading scientists and infectious-disease experts. But for the record, vaccines, including those that protect against the flu, have been studied intensely and safety is continuously monitored. The vast majority of vaccine side effects are mild, such as soreness at the injection site or a mild fever. According to the Public Health Agency of Canada, it received 639 reports of adverse events after immunization in the first quarter of 2016. Of those, 52 were classified as serious.

There is no credible evidence linking vaccines to autism or other chronic illnesses.