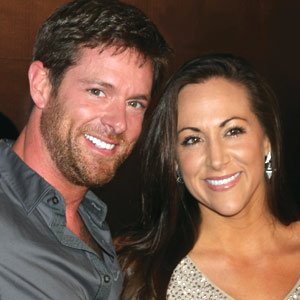 For anyone else, having a tooth accidentally knocked out while practicing a dance routine would be a very big deal. But not for Dancing With The Stars contestant Noah Galloway. Galloway, an Iraq War veteran and a double amputee, took a kick to the face from his partner during a recent practice session, which knocked out a front tooth. As his horrified partner looked on, Galloway picked the missing tooth up from the floor, rinsed out his mouth, and quickly assessed his injury. “No big deal,” he told a cameraman capturing the scene.

Of course, not everyone would have the training — or the presence of mind — to do what Galloway did in that situation. But if you’re facing a serious dental trauma, such as a knocked out tooth, minutes count. Would you know what to do under those circumstances? Here’s a basic guide.

If a permanent tooth is completely knocked out of its socket, you need to act quickly. Once the injured person is stable, recover the tooth and gently clean it with water — but avoid grasping it by its roots! Next, if possible, place the tooth back in its socket in the jaw, making sure it is facing the correct way. Hold it in place with a damp cloth or gauze, and rush to the dental office, or to the emergency room if it’s after hours or if there appear to be other injuries.

If it isn’t possible to put the tooth back, you can place it between the cheek and gum, or in a plastic bag with the patient’s saliva, or in the special tooth-preserving liquid found in some first-aid kits. Either way, the sooner medical attention is received, the better the chances that the tooth can be saved.

When a tooth is loosened or displaced but not knocked out, you should receive dental attention within six hours of the accident. In the meantime, you can rinse the mouth with water and take over-the-counter anti-inflammatory medication (such as ibuprofen) to ease pain. A cold pack temporarily applied to the outside of the face can also help relieve discomfort.

When teeth are broken or chipped, you have up to 12 hours to get dental treatment. Follow the guidelines above for pain relief, but don’t forget to come in to the office even if the pain isn’t severe. Of course, if you experience bleeding that can’t be controlled after five minutes, dizziness, loss of consciousness or intense pain, seek emergency medical help right away.

And as for Noah Galloway: In an interview a few days later, he showed off his new smile, with the temporary bridge his dentist provided… and he even continued to dance with the same partner!